Wheat is the most common cereal available all over the world, originated in southwestern Asia. It’s one of the most wholesome food items and it ensures a diet rich in nutrients.

Since wheat is a staple grain, it has been also used for several thousand years to brew beer. There is historical evidence that wheat has been used in brewing much longer than barley and in fact barley beer became popular only in the last few hundred years. In certain historical periods the use of wheat for brewing was actually banned over concerns that too much wheat was being diverted from the food supply to making beer.

Wheat beer is usually made from at least 50% wheat (often less in the U.S.), while the rest is barley. Wheat gives the beer a kind of lightness, cleanness, that sets it apart from all other beers and there’s a fluffy texture that is unique in the world of brew. The reason wheat should be mixed with barley is that wheat lacks key nutrients and enzymes needed for proper conversion of sugars during mashing, so malted wheat is always combined with barley malt to provide enzymes for mashing and fermentation.

Two common varieties of wheat beer are Weißbier (white beer) based on the German tradition of mixing at least 50% wheat to barley malt to make a light colored top-fermenting beer, and Witbier (white beer) based on the Belgian tradition of using flavorings such as coriander and orange peel. Belgian white beers are often made with raw unmalted wheat, as opposed to the malted wheat used in other varieties.

U.S. and Canadian brewers follow both of the main wheat beer traditions, usually with greater variation. 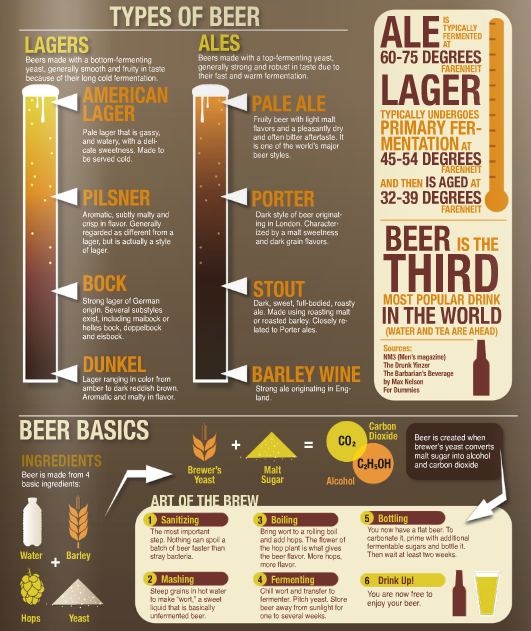 The flavor of wheat beer is unique for two reasons:

The protein levels in wheat contributes to beer quality, thus enhancing its flavour, foam stability, which means a better and longer-lasting head on the beer, and increasing the beer’s mouthfeel – its sensation of fullness in the drinker’s mouth.

The most beer-drinking country in the world is the Czech Republic. With an incredible per capita beer consumption of almost 40 gallons a year, the Czechs are way out in front in the beer drinking world league table. 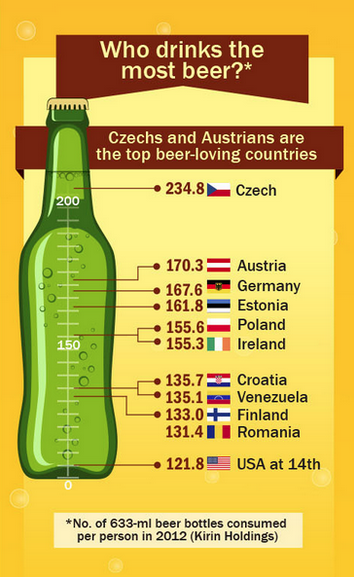 Beer is the world’s most widely consumed alcoholic beverage and the third-most popular drink, after water and tea. Drinking beer has many benefits: it decreases the incidence of heart diseases by approximately 20-40 %, contains B vitamin complex (B1, B2, B6, B12), it reduces the risk of strokes, keeps kidneys healthy and many more.

To manage a wheat production for beer industry you can use AGRIVI software, which helps farmers to achieve better and higher yield. It allows you to plan whole production in advance and track all resources like fertilizers, pesticides, fuel, mechanization, people. The system alerts you also about pest and disease occurrence, according to weather conditions on fields, so you can prevent yield damage and loss.

All wheat pests with brief description and active substances to treat them, no matter you have conventional, organic or integrated farming, you’ll find in the system.

For complete and proper management of your farm production, AGRIVI offers you additional tools- reports for each segment of production, finances and powerful analytics.

Considering the good properties of beer on human health, start to grow wheat and use AGRIVI system to help you achieve even more yields.