By Tanja Folnović | Agronomy, Blog Comments are Closed | 22 December, 2015 | 0
Environmental pollution is a significant problem. But while most of the focus is placed on polluting industries, toxins like mercury and small particle traffic pollution, a major source of environmental devastation is caused by modern food production. Far from being life sustaining, our modern chemical-dependent farming methods:

All alternative methods and procedures in farm production place crop production and soil in an untenable position, seeking Mother Nature to give the most she can, and thus are used fertilizers and pesticides whose active substances permanently pollute the environment.

Nature has the amount of organic matter and mineral part of the soil surface layer balanced so well, that it works year after year in a natural ecological balance. When the man stepped in, disproportion occurred, because he began to take out much more than he returned back. Organic matter in soils that are heavily used falls to a minimum, leading to nutrients loss, which are improved by adding of big amounts of mineral fertilizers. Soils exploited like this are damaged, their pH is disrupted and the ratio of aggregates and nutrients is at a disadvantage.

How to properly restore all the necessary ingredients into the soil, is the question that concerns many farmers. One way is plowing of crop residues, proper crop rotation, green manure, adding of manure and compost in large quantities and the use of microbiological fertilizers. The soil needs microorganisms that decompose the organic matter, thus bringing the plant nutrients in the affordable form of adoption.

Microbial fertilizers are applicable to almost all cultures and soil types. They consist of various micro-organisms (bacteria, fungi, nematodes), some of whom live on the plant (root), and some very close to the roots, but they all work together for the plant. Those that live on the roots are Rhizobium bacteria, which synthesize the inaccessible nitrogen from the air and transform it into plant available form. In addition to symbiotic and nonsymbiotic activity, bacteria contain considerable amounts of phosphorus and potassium, which is left in the soil after they die. 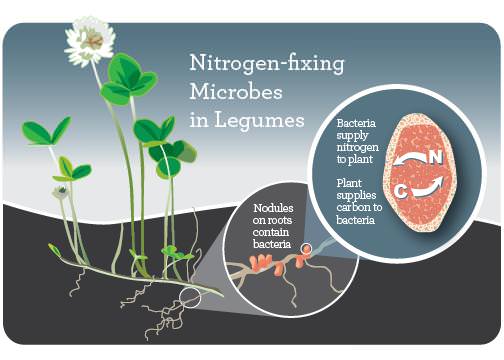 Role of Rhizobium bacteria in the soil

One liter of this fertilizer replaces about 500 kilograms of mineral fertilizer and its use is suitable for all vegetable and fruit crops, as well as for composting and forest plantations. Extinction of bacteria each year leave in the soil 20 t/ha of organic matter, which later turns into a mature humus. 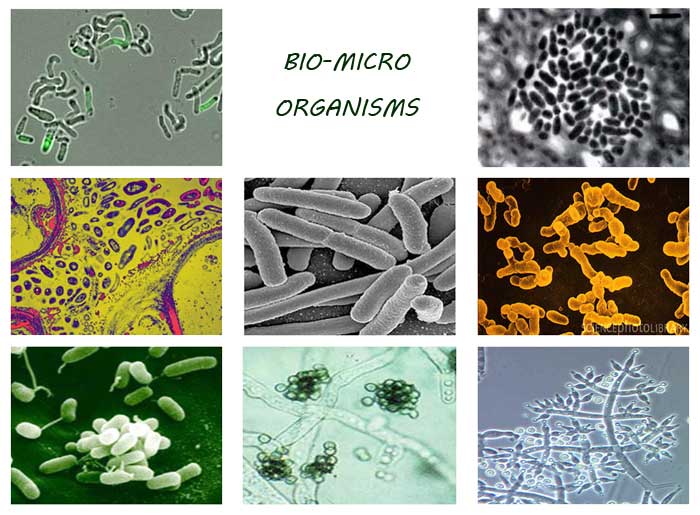 Microorganisms used in bio fertilizers are bacteria, fungi and nematodes

Using of microbial fertilizers do not improve soil structure and ratio of nutrients in the short term, but in 3-5 years it may lead the soil to a natural balance. The advantage of such fertilizers is that they can be used in combination with other fertilizers because they allow better utilization of plant less available nutrients, added by fertilizers.

Track all your activities and weather forecast on farms and fields, consumption of pesticides, fertilizers and work hours, finances and analyze your whole production – use AGRIVI system.