How to Remove Radioactive Isotopes from the Soil to Make It Productive Again?

By Tanja Folnović | Agronomy, Blog Comments are Closed | 21 June, 2016 | 0
After the Hiroshima, Fukushima, and Chernobyl nuclear disasters, many farmlands become unusable for crop production. The radioactive materials released by the accident had many immediate harmful effects on plants, animals, and their environment. This direct deposition on plants was of most concern during the first two months after the accident since radioactive iodine decays quickly. After this early phase of deposition, an increasingly important concern was plant contamination through absorption of radioactive materials, such as cesium and strontium, from the soil through their roots. During the first few years after the accident, the levels of radioactive materials in agricultural plants and animals decreased quickly because of factors such as weathering and decay, but since then the radioactivity levels have still gone down, but more slowly. 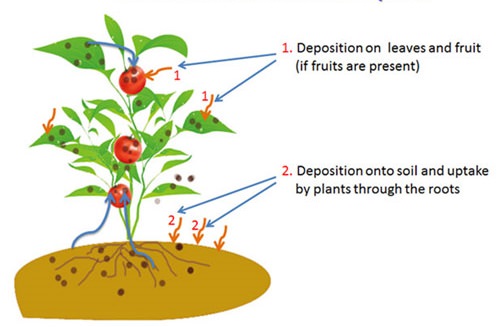 Schematic illustration of radioactive isotopes deposition on plant and soil

Aiming to recover the soil for farming, scientists and farmers have tried to find the way how to remove the radiation from the soil. Among various expensive methods, they found the solution for solving the radioactivity problem in the areas with high farming rates. This solution is a sunflower plant, which as the hyper accumulator, has efficient mechanisms for pulling nutrients, water, minerals and certain radioactive isotopes like strontium and cesium from the soil. Sunflower is attractive also because it grows well, produces a lot of biomass quickly, it’s adaptable to a lot of different climates and it doesn’t take a lot of management to grow, compared to some other crops. 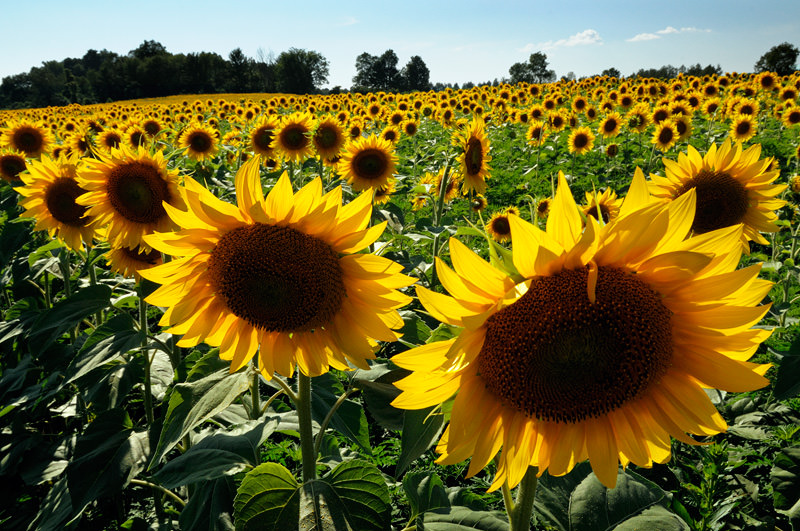 How Sunflowers Pull Out Radioactive Isotopes from the Soil?

The goal is that sunflowers concentrate the radioactivity from the soil, which is a fairly low concentration, to a much higher concentration in the plant material. That plant material need to be disposed of, by moving that particular contaminant or radioactive isotope from silica, aluminosilicate matrix in the soil, which is very difficult to deal with, to a carbon-based substance in the plant material. And that’s really the connection between the sunflowers and the nuclear power plants that are discovered.

Planting of sunflowers is, for now, the best solution for removing of radioactive isotopes from the soil, but scientists need to find out new farm technologies to achieve better results. Since radioactive isotopes act like plant nutrients, strontium is very similar to calcium and it’s very available to plants, while cesium acts like potassium which is fixed to the soil particles and it can’t be easily removed from the soil. In the site of the nuclear disaster at Fukushima, sunflower can manage to remove only 0.5% radioactive cesium in the soil.

The extent of the sunflower’s role as the most effective, non-invasive means to cleanup nuclear radiation remains wholly unknown, but the promise and possibilities inherent to the plant’s biology are constantly revealing themselves. The sunflower is incidentally an international symbol for nuclear disarmament – yet another subtle indication that little acts of gardening can indeed change the world.