By Tanja Folnović | Blog, Farm Business Comments are Closed | 13 November, 2015 | 0
Agricultural or farm land is land capable of being ploughed and used to grow crops. According to the FAO, farm land is the land under temporary agricultural crops, temporary meadows for mowing or pasture, land under market and kitchen gardens and land temporarily fallow (less than five years). Other sources counted land under permanent crops also into farm land. This is the land cultivated with crops that occupy the land for long periods and need not be replanted after each harvest, such as cocoa, coffee, rubber, flowering shrubs, fruit trees, nut trees, and vines.The land area of the world is 13.003 million ha, from which 4.889 million ha are classified as ‘agricultural area’ by the FAO (this is 37.6% of the land area). The agricultural area use is divided into 3 categories: arable land (28% of the global agricultural area), permanent crops (3%) and permanent meadows and pastures (69%) which account for the largest share of the world’s agricultural area. 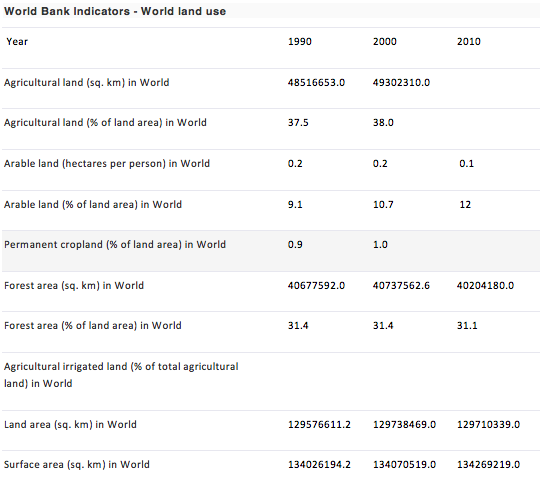 Reasons for loss of arable land 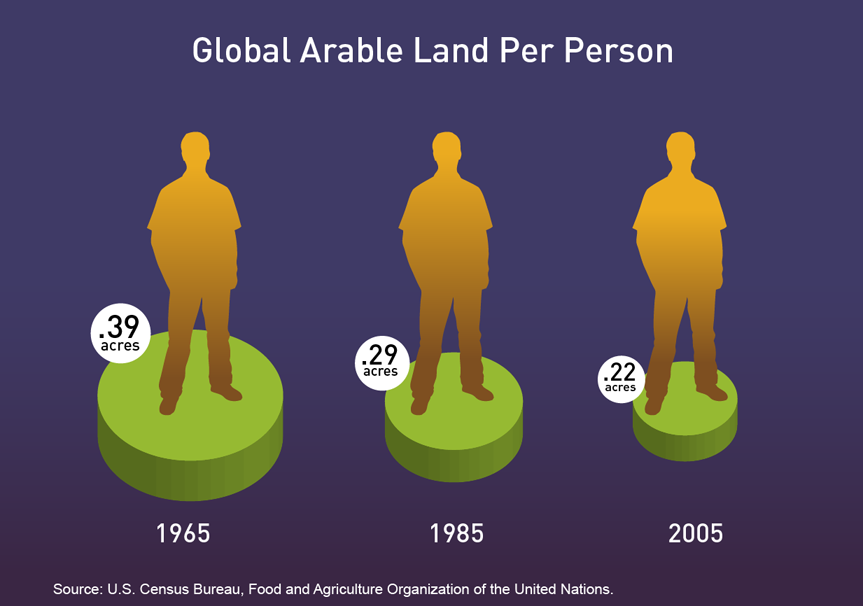 According to the Global Land Assessment of Degradation, nearly two billion hectares worldwide has been degraded since the 1950s. These two billion hectares represent 22% of the world’s cropland, pastures, forests and woodlands. In particular, Africa and Latin America have the highest proportion of degraded agricultural land. Asia has the largest proportion of degraded forest land, as revenue-poor national governments pursue lucrative policies of deforestation.

Degradation is not the only reason for declining levels of arable land. There are a variety of climatic, environmental and human factors all of which have an effect on available arable land resources. 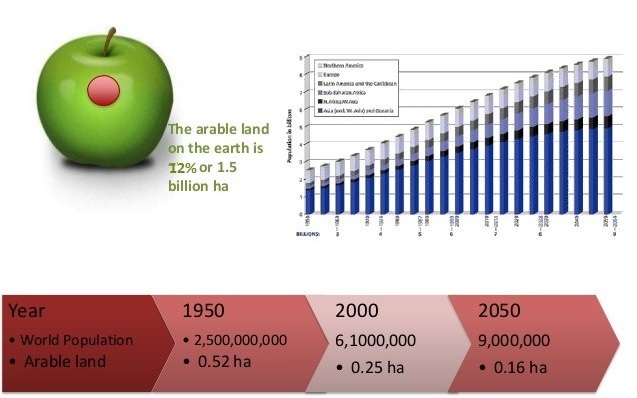 This land, however, while plentiful, is unevenly distributed between regions and countries. An estimated 1.8 billion hectares of the potential crop land is located in developing countries, where rapid projected population growth means that demand pressures in the future will be significant. Yet 90% of that 1.8 billion is in Latin America and Sub-Saharan Africa and half of the total is concentrated in just seven countries (Brazil, Democratic Republic of Congo, Angola, Sudan, Argentina, Colombia and Bolivia). There is virtually no spare land available for expansion in South Asia, the Near East and North Africa. 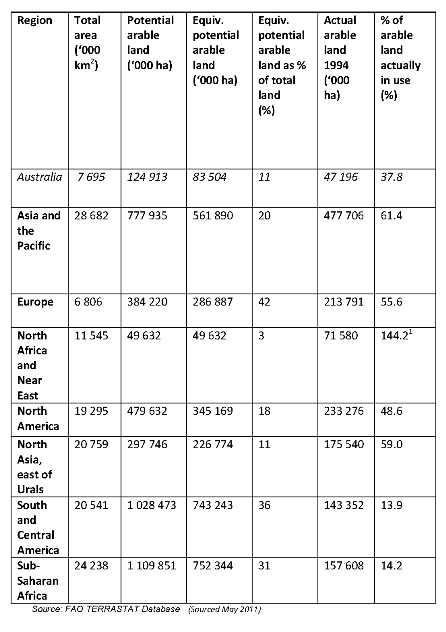 The alternative to creating more arable land is to improve the yield and productivity of land currently being cultivated. These technologies include high-yielding varieties, management of fertilizers and pesticides, mechanization, irrigation management and use of new farming techniques such as farm software AGRIVI. It helps farmers manage whole farm production, from tracking of activities on all fields, consumption of fertilizers, pesticides, work hours of workers and mechanization, to tracking of finances and complete farm analysis and reports.