By Tanja Folnović | Agronomy, Blog Comments are Closed | 16 December, 2015 | 0
Tillage in any production system is performed to prepare a seedbed, remedy compaction, incorporate fertilizers and herbicides and control weeds. However, one of the accompanying results of tillage is the destruction of crop residues that remain after harvest of arable crops. It is an accepted fact that returning crop residues to the soil environment is an agronomically important practice. The positive effects are many and they include:

Historically, farmers perceive this residue as trash, or a problem which must be destroyed by fire or tillage. However, regularly management of crop residue generated in crop rotation systems can produce substantial long-term benefits which are likely to far outweigh any short-term savings accomplished by destroying residue.

Farm experts have always favored plowing of crop residues, instead of burning. Burning of crop residue eliminates an opportunity to improve organic matter content and potentially can lead to substantial nutrient loss. Nearly all nitrogen and at least 75% of sulfur contained in plant residues will be lost upon combustion. Although phosphorus and potash are not theoretically lost due to residue combustion, considerable loss will realistically occur from smoke and ash that are not recoverable or recycled into the soil.

Although plant residues of some crops (maize) often cause problems because of its large mass, it’s recommended to chop plant residues, add UREA fertilizer and plow them to 20-30 cm, thus enriching the soil with humus. UREA is added for faster decomposition of crop residues, increasing of soil microbial activity and thereby better C/N ratio.

The organic material in the soil contains about 50% of carbon and about 5% of nitrogen, and the C/N ratio of about 10: 1. With its activities, microorganisms lead to the narrowing of this ratio in the process of carbon oxidation. As long as the C/N ratio falls to a certain value, microorganisms use all released nitrogen for their needs. Therefore, in order to prevent nitrogen depression, UREA needs to be added. One part of the partially decomposed fresh organic matter, with further process of humification and the help of micro-organisms, is transformed into humus. Humus is important to maintain good soil structure and improve air and water soil regime, thermal and chemical soil properties and its buffer capacity. Therefore, plowing of crop residues is especially important in soils where there is no possibility of applying of organic fertilizers. 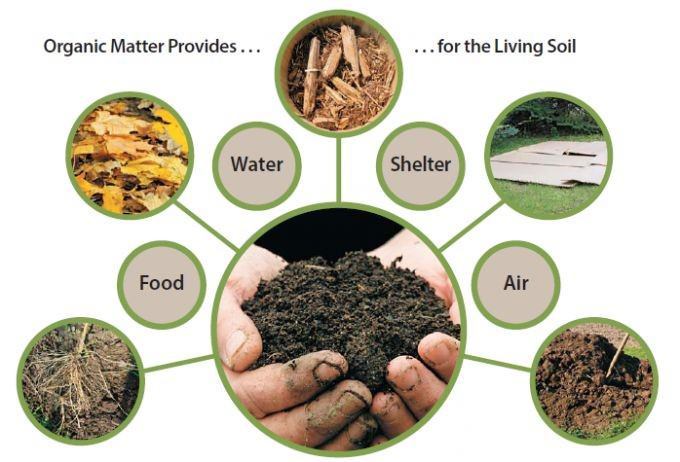 In addition to plowing of crop residues, it’s also recommended to add green manure in crop rotation. Green manure is planned incorporation of ground mass of certain crops, grown specifically for this purpose, into soil. It enriches the soil with organic matter, improves the biological soil activity and uses less accessible nutrients, while on heavier soils it performs biological water drainage. On lighter soils green manure enhances soil capacity and ensures supply of soil with organic matter and better accessibility of nutritive elements. For green manure can be used; legumes (vetch, lupine, broad beans and clover), fodder beet, oilseed radish, white mustard, turnip rape, phacelia and buckwheat. Which crop to choose for green manure, depends on suitable sowing time and availability of free farm surface. They are most often sown after removing the grains, oilseeds and vegetables.

Green manure crops also prevent leaching of nitrates into the soil and thus ensure maximum utilization of nutrients. Plowing of green manure crops has a favorable impact on both heavy and sandy soils and is strongly recommended on surfaces that are fertilized only with mineral fertilizers. 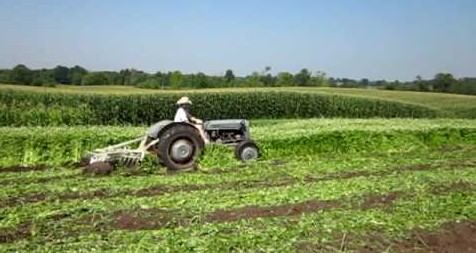