It’s no secret – modern agricultural systems could use a facelift.

Although vast fields of corn and soybeans are a marvel to behold, alternatives to monocultures are increasingly popular among large-scale growers and smallholders alike.

In the face of global challenges like natural resource scarcity, ecosystem decline, agricultural pollution, and rising input costs, many growers are opting to integrate sustainable farming techniques such as polyculture into their production systems, at once boosting their farm’s resilience and profitability.

What Is Polyculture Farming?

Polyculture is not a one-size-fits-all solution. Defined as the simultaneous production of multiple plant species on the same piece of land, polyculture farming is a common practice throughout the world but can vary greatly in both size and scope, ranging from small polyculture gardens to large-scale agroforestry operations.

The motivations behind polyculture plantings include enhancing the sustainability of one’s operation, diversifying farm revenue streams, and even increasing ecosystem services such as pollination, biological pest control, and nutrient cycling.

Despite its benefits, many large-scale growers tend to avoid polyculture farming, instead of planting monocultures (or large swaths of a single crop) to allow for ease of cultivation and harvesting.

That being said, some innovative growers have leveraged new technologies and strategies to integrate polyculture at scale — to great benefit for both their farms and surrounding ecosystems.

Several examples of polyculture systems are described below.

Cover cropping is among the most popular types of polycultures on modern farms. Cover cropping is the planting of non-commercial crops – often in diverse mixtures of carefully curated plant species – into otherwise fallow fields, with the purpose of increasing soil quality and reducing a farm’s environmental impact.

Although farmers can technically cover crop with a single crop, farmers typically employ diverse species mixtures to maximize the range of benefits observed. Plant species are selected based on myriad growth factors:

Growers operating at a small scale find many benefits from companion planting, or strategically planting certain plant species side-by-side. The agronomy of a given crop— including its root system type, rooting depth, and root exudates; vegetative growth habits; nutrient requirements, and more — all inform the compatibility of two plant species. However, just as certain crops can be friendly companions, some plant species can be incompatible foes, meaning their growth is hindered by one another.

There are many reasons for positive and negative synergies between plant species. For example, some crops may elicit certain chemicals from their roots that are toxic to other plants (i.e. allelopathy), while other plants may support different species by repelling pests or attracting predators. Some plants even alter the flavor of other plants!

Several examples of companion planting include the following:

Intercropping, or the growing of multiple crop species in proximity within one field, is better suited to growers operating at scale than companion planting. There are multiple variations of intercropping, such as:

Permaculture is a catch-all term that includes various land-management strategies, such as perennial polycultures, agroforestry, and agroecology, which all aim to mimic natural ecosystem processes in growing food. Integrating perennial plants in a polyculture system maximizes certain ecosystem services, at once reducing soil erosion and runoff while increasing carbon sequestration and wildlife habitat.

Within these systems, a diverse mixture of plant species — from tall trees to small trees, from shrubs to herbs to ground cover — are selected and strategically combined according to their growth habit and growth rate; canopy structure; light, nutrient, and water requirements; nitrogen fixation capacity; rooting depth; root exudates; and more. Ultimately, the goal for a perennial polyculture might be to maximize plant-plant symbioses and crop yields while reducing management needs.

Examples of permaculture systems include vineyards interplanted with cover crop, with livestock grazing on between-row cover crop; shade-grown coffee interplanted with banana trees in the overstory and vegetables and medicinal herbs in the understory; and silvopasture systems that combine tree crops with grazing animals, such as chestnuts and mulberries with hogs.

Although many of these systems may seem “novel,” indigenous cultures throughout the world cultivated agro-ecosystems for millennia, integrating perennial and annual polycultures to grow food to positively shape natural landscapes.

Too often, agricultural commentators paint broad-brush generalizations about polyculture and monoculture farming systems, pitting one against the other as if the two are mutually exclusive. The truth is that polycultures and monoculture can co-exist on a single farm through crop rotations, seamlessly integrated across multiple growing seasons.

The respective benefits of polycultures and monocultures are as follows:

What are the benefits of polycultures?

What are the benefits of monoculture?

When planned and executed effectively, the benefits of monoculture include:

Integrating Polyculture and Monoculture Through Technology

Farmers throughout the world integrate polyculture and monoculture systems in creative ways.

As specialized farm technology and machinery are adapted to the needs of polyculture systems, it is likely that polycultures will become increasingly common in the developed world. Researchers have demonstrated how new technologies like variable-rate seeding systems can be used to plant polycultures at scale, while technologies like no-till drills allow farmers to plant their main crop directly into a polyculture cover crop. Novel simulation experiments and advanced algorithms, similarly, are illuminating best practices for polyculture systems in terms of companion planting, irrigation, and pruning strategies.

Managing Monoculture and Polycultures With AGRIVI

Whether growing a polyculture, monoculture, or something in between, every farmer needs a reliable system to collect and analyze data related to resource use efficiency, crop productivity, crop health, and profitability. Farm Management Software solutions like AGRIVI offer a user-friendly data management solution that generates real-time, actionable insights into your farm business.

And best of all? The software is crop agnostic, featuring over 160 plant species in its crop database. This means polyculture farmers can assign multiple crops to just one field in their 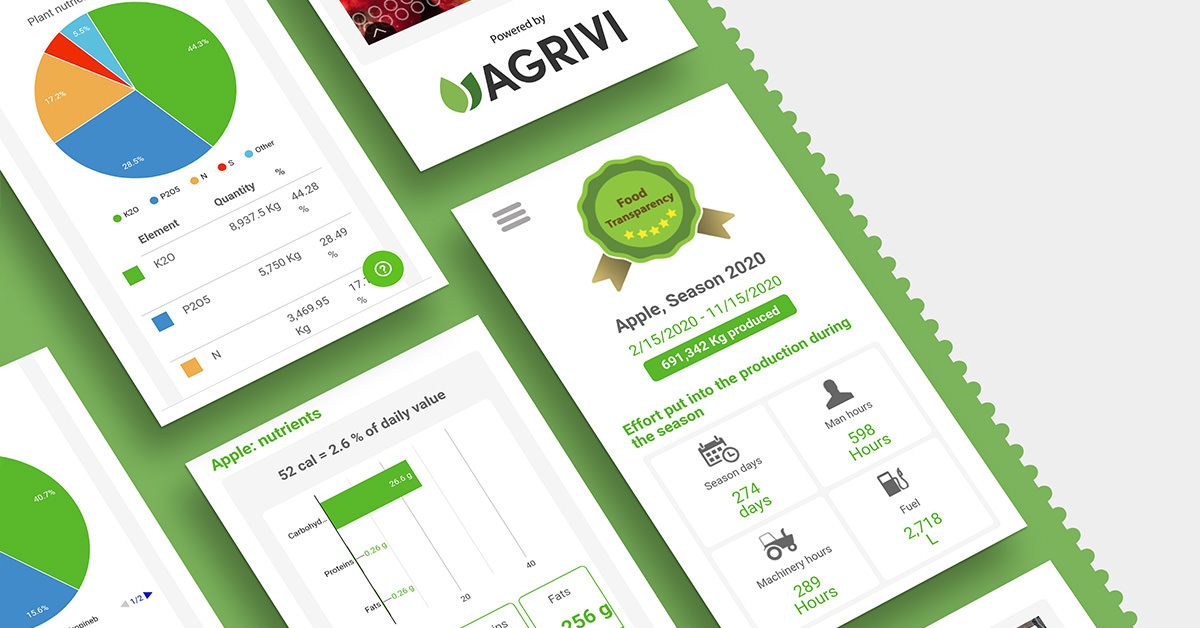 Agriculture Traceability – What Is It All About?
Read more
©2022 AGRIVI. All Rights Reserved

AGRIVI uses cookies We use our own and third-party cookies to enhance your browsing experience, analyze and measure engagement with our content. By clicking „OK“, you consent to the use of cookies. You can withdraw your consent at any time. To learn more about cookies and how you can change your settings, please read our Privacy Policy.OkNoPrivacy policy
You can revoke your consent any time using the Revoke consent button.Revoke consent