Monoculture or Polyculture: Which is Better for Crop Production?

Food is the main driving force for human and animal life. For this reason, farming is an important practice that is used worldwide. Farmers from all around the world use various farm techniques and crop production systems to produce quality crops and achieve high yields.

Although there are many farming types used to grow crops worldwide, only two crop production systems are known universally among farmers; monoculture and polyculture.

Monoculture crop production is the system in which a single crop is grown on the same piece of land year after year. This system is mostly practiced in large-scale crop productions and includes growing both annual crops and trees (permanent crops). Monoculture is often related to the farming of important industrial crops such as:

Since monoculture implies growing genetically identical crops on the same surface, it can’t be identified as a natural farming system. Plants have a genetic predisposition to mutations and development of diverse plant species. Additionally, in a monoculture system, the farmer determines the plant potential.  Every season he grows new genetically identical crops, thus disabling crop biodiversity.

How Beneficial Is a Monoculture System?

The monoculture system has been shown to have positive effects on farm productivity and profitability. The main advantages of this farm system are:

Despite the potential to achieve high and stable yields, the monoculture system may have negative effects on the soil, environment, and human livelihood, including:

In the past, monoculture has shown to be a very unreliable farm system due to crop’s unconformity to new and modified environmental conditions. One of the more commonly known negative effects of monoculture is the Irish potato famine which was caused by the plant pathogen Phytophthora infestans (potato late blight). 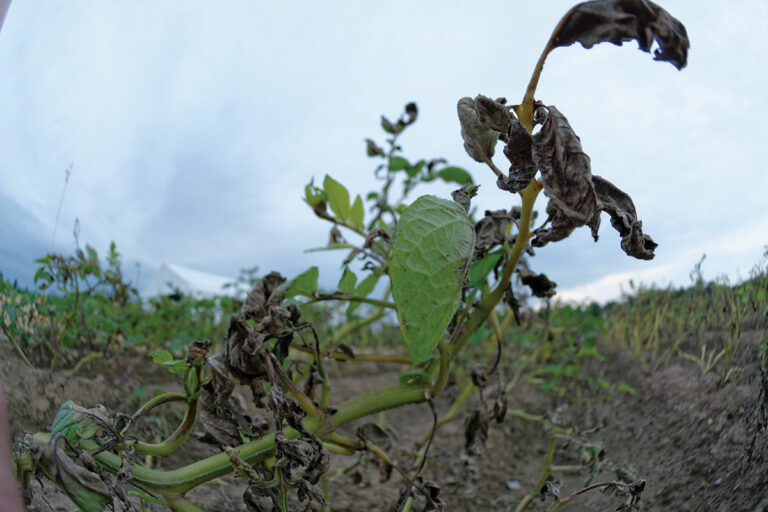 To prevent this and other similar incidents, the recommended farm practice is to include a variety of crops in crop production and rotate them seasonally. Crop rotation is a good foundation that is important to managing healthy and sustainable farming and protecting the environment. Each farmer is responsible for deciding whether or not to practice a monoculture production system of farming.